A Tribute to Annette Funicello 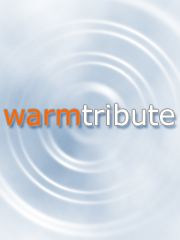 View All (0) Photos of Annette »
Warm Tribute Online Memorials, Annette's Fan
1 Person
10/22/1942
4/13/2013
Utica, New York, U.S.
Encino, CA
70
79
en.wikipedia.org/wiki/Annette...
An American actress and singer. Beginning her professional career as a child performer at the age of twelve, Funicello rose to prominence as one of the most popular "Mouseketeers" on the original Mickey Mouse Club. As a teenager, she transitioned to a successful career as a singer with the pop singles "Tall Paul" and "Pineapple Princess", as well as establishing herself as a film actress, popularizing the successful "Beach Party" genre alongside co-star Frankie Avalon during the mid-1960s. The blog "Extra" reported that Annette Funicello died of complications of multiple sclerosis on April 8, 2013. Disney's D23 fan club confirmed her death with an obituary on their blog.