A Tribute to Kurt Donald Cobain 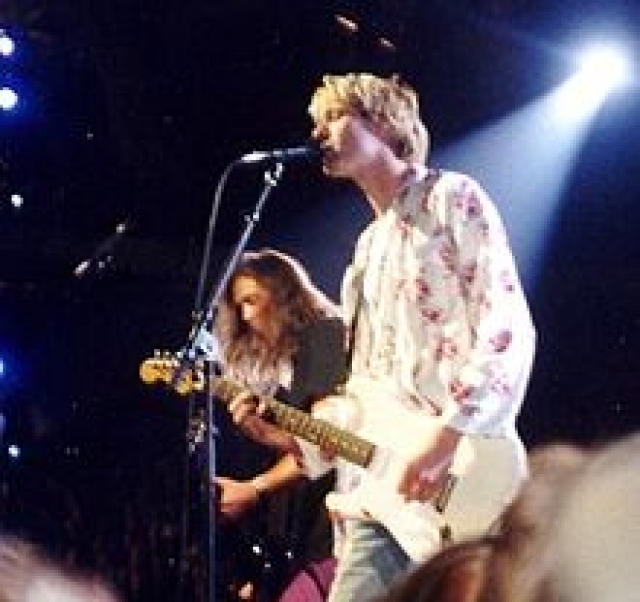 With the lead single "Smells Like Teen Spirit" from Nirvana's second album Nevermind (1991), Nirvana entered into the mainstream, popularizing a subgenre of alternative rock called grunge. Other Seattle grunge bands such as Alice in Chains, Pearl Jam, and Soundgarden also gained wider audiences, and as a result, alternative rock became a dominant genre on radio and music television in the United States during the early-to-middle 1990s. Nirvana became the "flagship band" of "Generation X," and Cobain, as its frontman, found himself anointed by the media as the generation's "spokesman." Cobain, uncomfortable with the attention, placed his focus on the music. Believing the band's message and artistic vision to have been misinterpreted, he challenged the audience with In Utero (1993), the group's third studio album.

During the last several years of his life, Cobain struggled with drug addiction as well as the professional and personal pressures surrounding himself and his wife, musician Courtney Love. On April 8, 1994, Cobain was found dead at his home in Seattle, the victim of what was officially ruled a self-inflicted shotgun wound to the head. The circumstances of his death have become a topic of fascination and debate.
There are currently no announcements for Kurt Cobain's Warm Tribute Online Memorial yet.
There are currently no post entries for Kurt Cobain's Warm Tribute Online Memorial yet.
© Copyright 2006-2022 Warm Tribute. All Rights Reserved. Terms and Conditions.
home about create a tribute online tributes the blog articles contact log in