A Tribute to Ray Charles Robinson 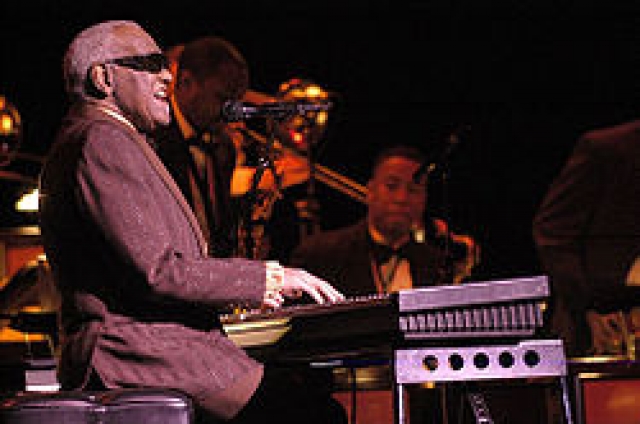 1 Person
9/23/1930
6/10/2004
Albany, Georgia
Beverly Hills, California
73
91
Brother Ray, The Genius
en.wikipedia.org/wiki/Ray_cha...
Ray Charles Robinson (September 23, 1930  June 10, 2004), known by his stage name Ray Charles, was a blind musician. He brought a soulful sound to country music and pop standards through his Modern Sounds recordings, as well as a rendition of "America the Beautiful" that Ed Bradley of 60 Minutes called the "definitive version of the song, an American anthem  a classic, just as the man who sang it." He also appeared in the 1980 hit movie, The Blues Brothers.[1] Frank Sinatra called him "the only true genius in the business".

In 2004, Rolling Stone Magazine ranked Charles number ten on their list of the 100 Greatest Artists of All Time and also voted him number two on their November 2008 list of The 100 Greatest Singers of All Time.
There are currently no announcements for Ray Robinson's Warm Tribute Online Memorial yet.
There are currently no post entries for Ray Robinson's Warm Tribute Online Memorial yet.
© Copyright 2006-2022 Warm Tribute. All Rights Reserved. Terms and Conditions.
home about create a tribute online tributes the blog articles contact log in