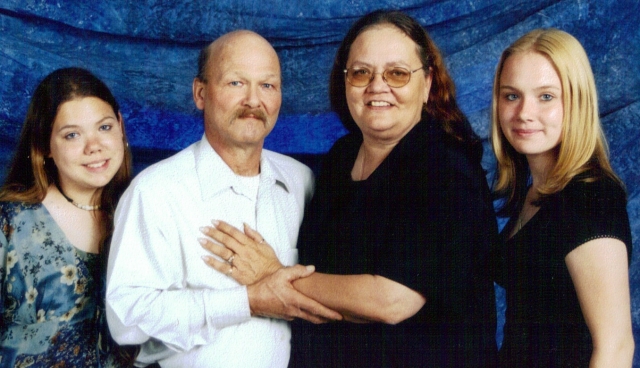 4 People
3/9/1954
6/11/2008
Chicago, IL
Joliet, IL
54
68
Marge
www.legacy.com/STNG-HERALDNEW...
Marge was a beautiful woman. A woman of courage and strong will. She had a kind inviting heart and accepted everyone. She undoubtly had a self-enlightened personality that put everyone at ease.

We can all share our fond memories on this website and keep her spirit alive.
There are currently no announcements for Margaret Muthart (Kochopolus)'s Warm Tribute Online Memorial yet.
View All: 3 Journal Entries | 4 Memories |

I'm thankful to Marge for her charasmatic personality. At work, we continuely have loyal customers return to us and ask for Marge. She was wonderful with customer relations and has developed many personal relationships with people all over the world. I'm glad people who knew her professionally have warm regards for her.

I got married on July 10th 2004.  Marge, her 2 girls and George were there.  They had so much fun at the wedding!  Marge took so many picutres there and I'm glad she did because now I have those memoried of her.  If any one in her family would like to aske me for them they are more than welcome to ask me for them and I will gladly get them all to you!  Don't worry about any cost!  I've got it all covered!  Anyway, she was so worried about bringing her two daughters at first but then my sister Diane told me about her feeling that way and I called Marge myself and told her she just better be at my wedding!!  She could have brought all of Joliet for all I cared, I just wanted her there!

Marge is truely going to be missed by everyone who knew her and especially those who loved her.  So cuz, if you can see this, wait for me my cousin, my friend and I will meet you there when my time comes!  I love you with all my heart!.....I've also put pictures up of Marge that she took at my wedding for everyone to see.  If any of you know how to contact her husband of daughter's and see if they'd like to have these pictures please have them contact me and I will get these to them!

Condolences to the family

I am Mary Jones working in Indian BPO of Hysupplies Inc. I will miss Marge a lot. Her cheerfulness and prompt handling of our requests, we will never forget.

Sad to hear this. Please convey my condolences to Her family and all the loved ones who will miss her.

In Loving Memory of Margaret Muthart

The silent tears that each must shed,

will nourish all the love for her,

which did in life abound.

Our mother's labors now are over,

and now she rests in peaceful sleep,

her rich rewards are won.

Her family sheds a silent tear,

the grandchildren, too must mourn;

but they again will meet her,

when eternal life is born.

A note to the family from a colleague.

Marge will be missed.  My husband is preaching at a local church
in our area this weekend.  We will ask the congregation to say a special
prayer for her.

A note from a colleague at work

I especially will miss her cheery voice as I've worked with her for many years, she was indeed
a very rare and special person and will be missed considerably. We would
like to extend our heart filled condolences to her family, friends and
Co-workers, may God bless her and keep her very close.

Mr. Cy, a long time friend and colleague of my dad's, had stopped by the office and brought Rosie, the Bulldog, for a return visit. Rosie immediately ran to Marge, who she recognized and apparently really liked. After a long greeting between Marge and Rosie with kisses and petting she began looking for food then begging for food. Rosie didn't approach anyone else, maybe because we didn't give off the same warm feeling Marge did.

During her stay, a regular work day, Rosie followed Marge everywhere she went. If Marge walked into the warehouse, Rosie followed. When Marge took a lunch break, Rosie was guarenteed some people food. When Marge went to the washroom, Rosie guarded the door. It wasn't long before Mr. Cy's pet dog, became Marge's sidekick.

I took several photos of them on that day. One of them are in the photo gallery. Marge had put Rosie to work and is sharing a desk with her. Rosie looks like she is reviewing some paperwork or correcting things in red pen. lol

I know that Marge loved dogs. It's sweet to know that all dogs love her too.