A Tribute to Christopher Callen Burris 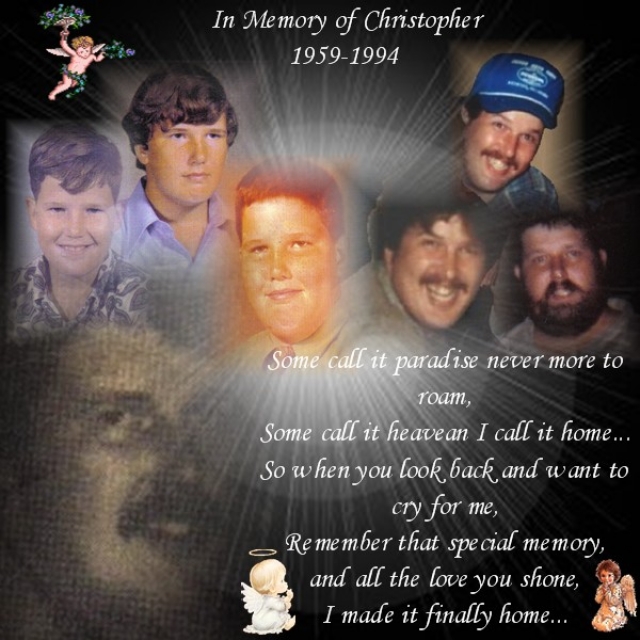 It was as though it was yesterday, December 31st 1984, we both lived in Shawnee, Okla., He worked at the Alridge Motel as a night clerk and I worked as a nursing assistant at Shawnee Care Center in Shawnee.  The day was crisp, it had sleeted earlier during the day, and it was muddy, from the melted snow in the previous week.  We were both so nervous for some unknown reason, i was 24, he was 26.  someone hid the ring and Chris was so nervous that he was so worried about the ring, his parents were late, due to the weather, cause they had to drive about 100 miles, so our wedding time was about 45 minutes late.  I remember every detail about that day, and I'll never forget how i felt as a new wife, I was on top of the world.